Well it finally happened. One of my window regulators broke. It was my left rear that went. I was rolling up the window when I heard a loud crack. It almost sounded like my window was hit by a rock snapped in half.

Anyway I knew it would happen eventually and I wasn't too upset over it. I just went online and found a replacement and ordered it.

The following is my DIY on how to replace it. I hope you find it useful.

Step 2. Make sure you have all the tools.
Flat blade screwdriver with tip wrapped in tape to remove the trim pieces (or equivalent)
#2 Philips screw driver
Torx T-20 screwdriver (magnetic tip would be helpful)
Torx T-30 screwdriver
10mm socket
8mm socket 1/4" drive deep well or standard with extension
rags to clean the grease off your hands
Xacto knife to cut the adhesive for the weather barrier (optional)
window cleaner and paper towels (optional)

Step 3. Using the flat blade screwdriver with the end wrapped in tape, gently pry the door trim piece off. There are 4 equally spaced clips along the length of the trim piece so reposition the screwdriver as you go. 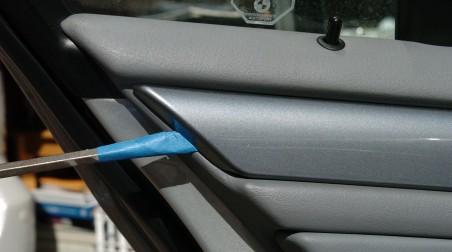 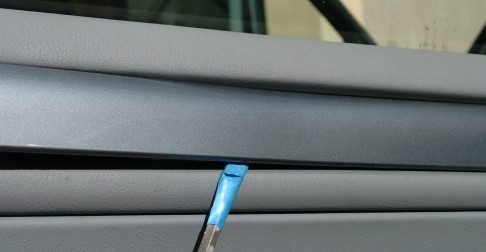 Step 4. Using the Torx T-20 screwdriver remove the two screws located under the trim piece. The screw near the door handle is a really long one compared to the others. Remember this during reassembly. 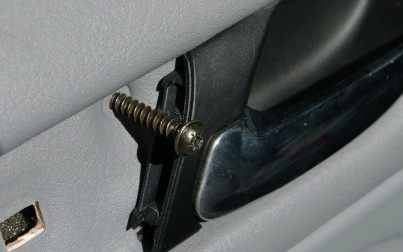 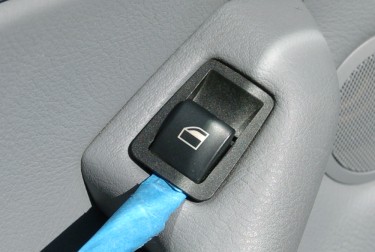 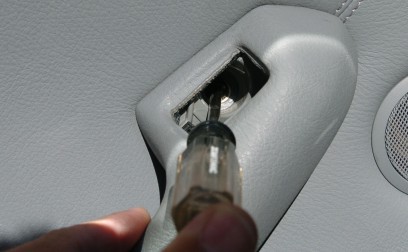 Step 7. With a flat blade screwdriver pry off the entire door panel off starting at the bottom and working your way around and up, leaving the top edge for last. There are 7 clips in total. 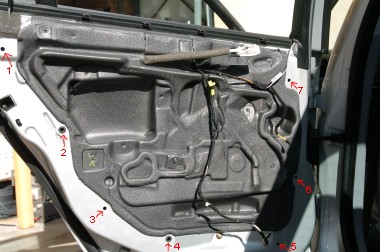 Step 8. The clips that hold the top edge of the door panel on are different from most other cars. Instead of pulling up, they need to be pulled straight out. Once the door panel is pulled off its clips there are several cables that need to be disconnected first. Start with the one connected to the speaker. Next pull the window control cable through and remove the clip holding the cable harness to the door panel. 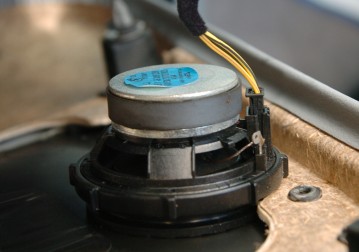 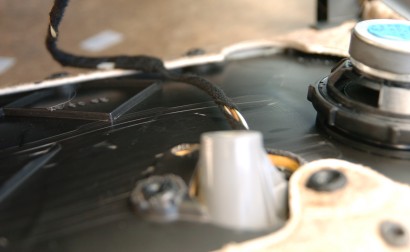 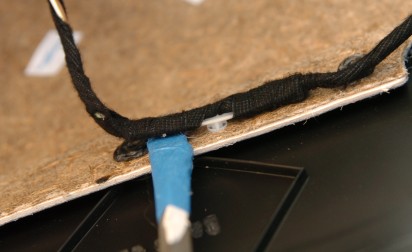 Step 9. Last is the door handle cable. Unhook it by gently prying up on the locking tab. The cable should easily come off and the door panel should be free from the door. 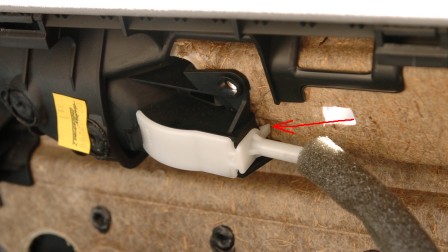 Step 10. Now disconnect the pinch strip wires (white wires) from the mating connector. Using a flat blade screwdriver pry it off the door. 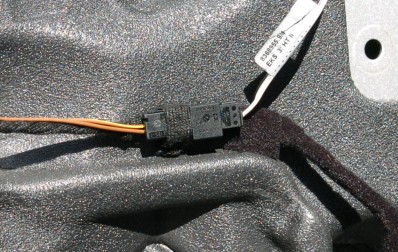 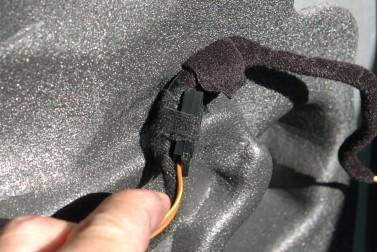 Step 11. Slowly peel the weather barrier from the door starting at the top and work your way down. Leave the bottom edge attached. Optional: Use an Xacto knife to cut the black adhesive as you pull. If you don't cut it, it will form long strings that will stick to everything. 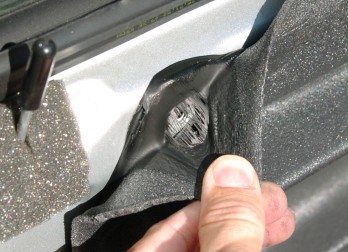 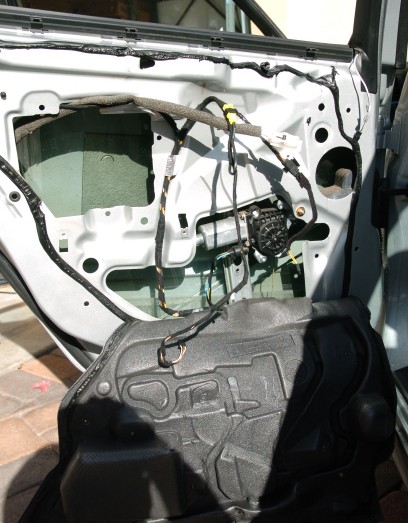 Step 12. Disconnect the wires to the motor. The locking clip is located on the bottom. Using a Torx T-30 screwdriver remove the three screws securing the motor. Rotate the motor about 15 degrees and pull it straight out. 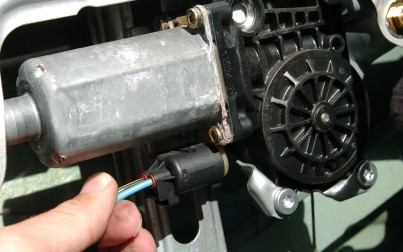 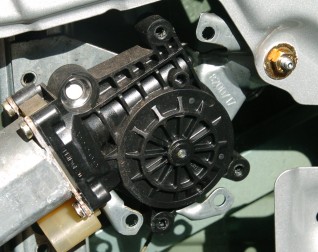 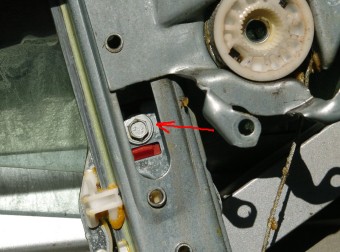 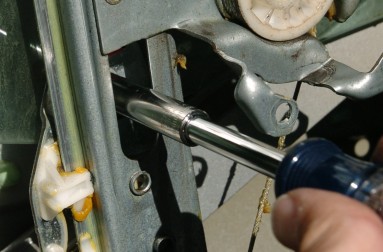 Step 14. Using a 10mm socket, remove the three bolts holding the regulator to the door. 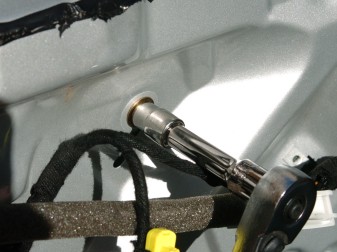 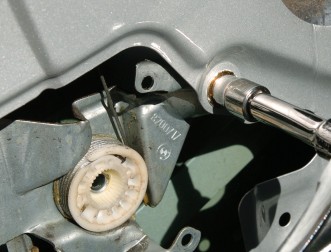 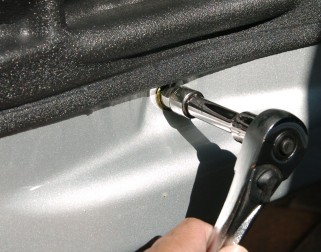 Step 15. Carefully pull the regulator out. 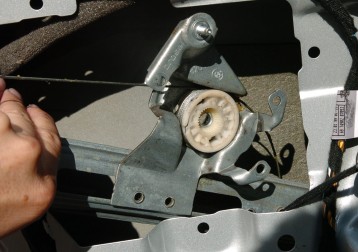 Conclusion. After reattaching everything test the window again. Roll it up and down several times. If any grease streaks are visible on the glass clean them off before rolling the window down again.

Back to www.bmwgm5.com home page