How to get the door panel off:

1) Remove the door panel strip by inserting the flat blade screwdriver and gently prying it off. There are four anchor points equally spaced along the length of the panel. They will pop off by just pulling straight out. The remove the two screws using the Torx T-20 screwdriver. The screw near the door handle is a almost 2" long. All the rest of the screws are only about 3/4" long. 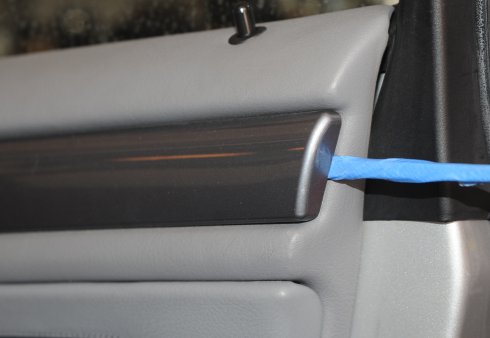 2) Remove the power mirror switch block on the driver's side or the blank panel on the passenger side. Use the flat blade screwdriver. Then remove the screw hidden behind the panel with the Torx T-20 screwdriver. 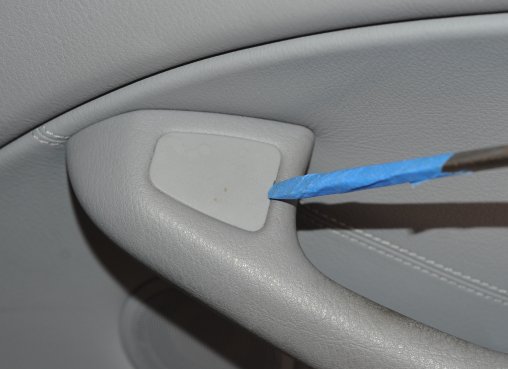 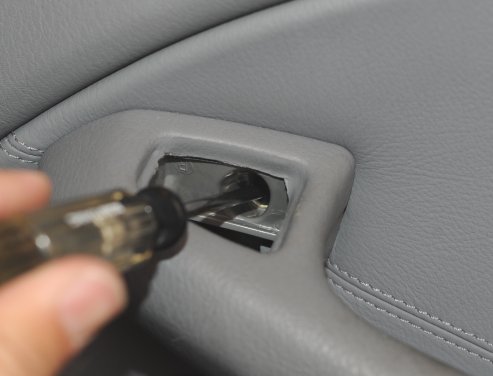 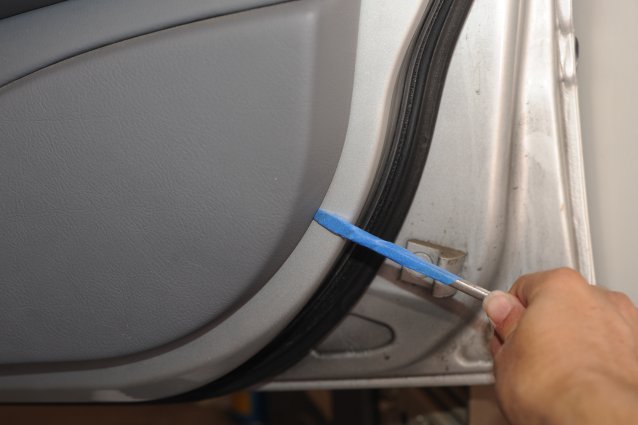 There isn't much room for the back of the speaker since the door is solid. I've seen other people cut the door sheet metal to mount their speaker. This creates other problem, structurally, noise, moisture, plus the volume (air space) in the door is too large for most 5-6" car speakers causing loose bass and greater chance of bottoming out the speaker. For these reasons I didn't want to cut the door. 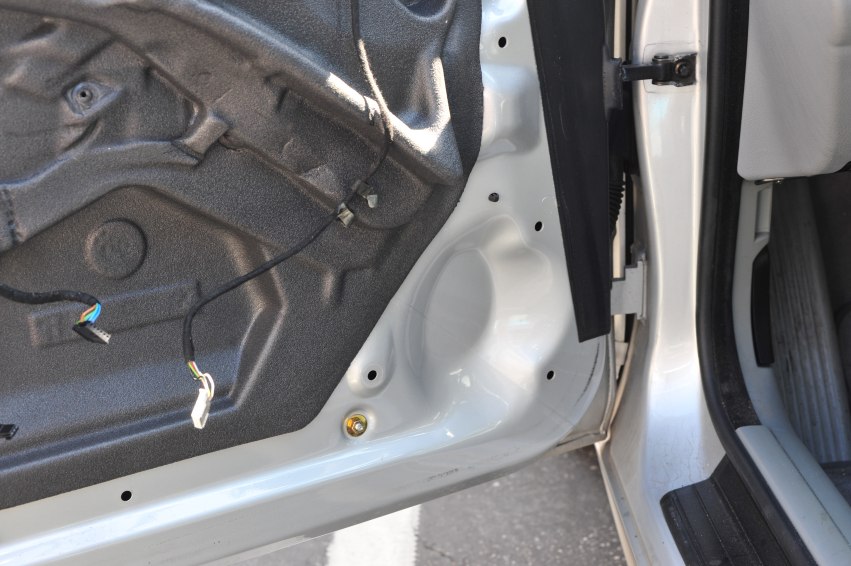 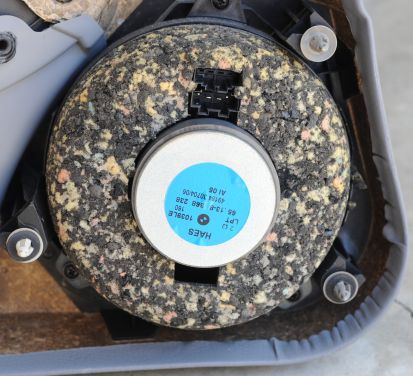 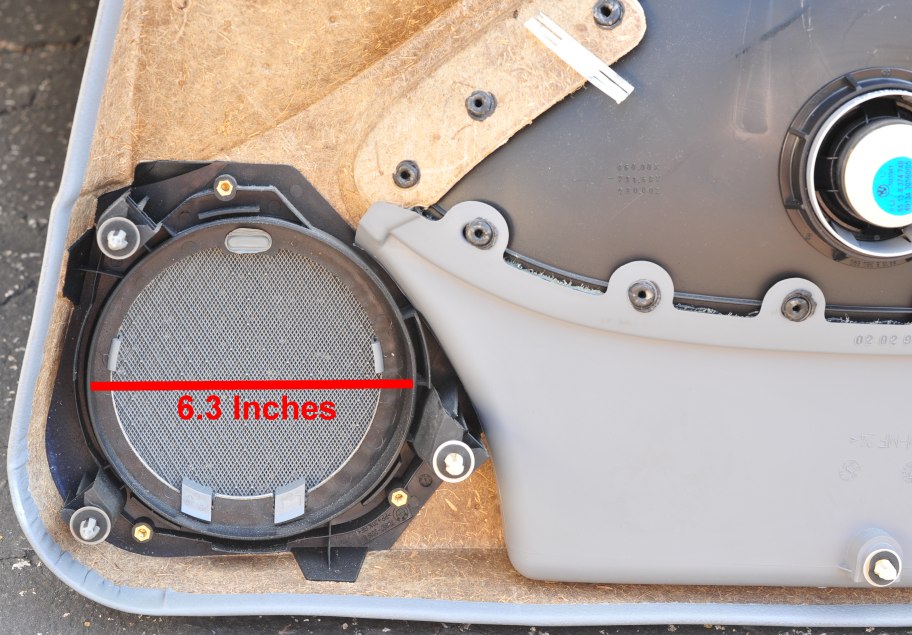 I decided on the Boston Acoustics Pro60SE. They are just a tad too deep, but, with a little modification to the door panel plastic they fit perfectly!

First step is to create an adapter ring to secure them. I took the original BMW speaker traced the outside edge onto a piece of aluminum plate 0.075" thick. 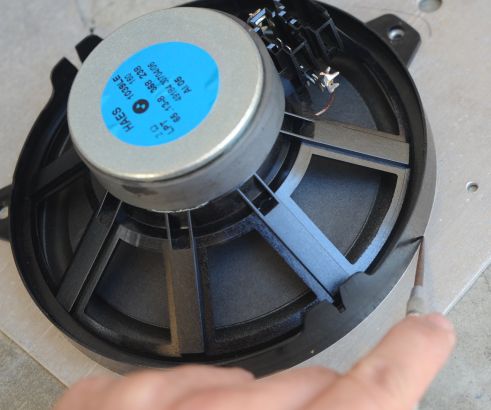 Then I took one of the retaining rings that came with the Pro60SE speakers and traced the inside edge onto the center of the factory speaker outline. 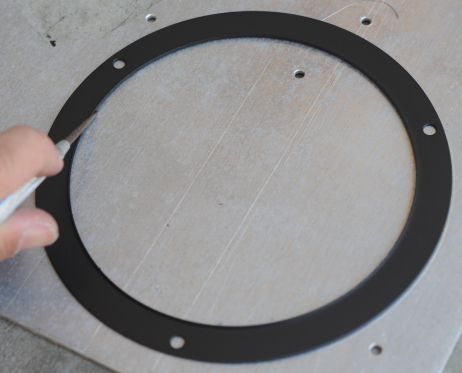 Cut out the retainer with a jig saw. Cut slightly inside of the outer edge and slightly outside of the inner edge. If you don't there will be a bunch of filing required to get everything to fit. 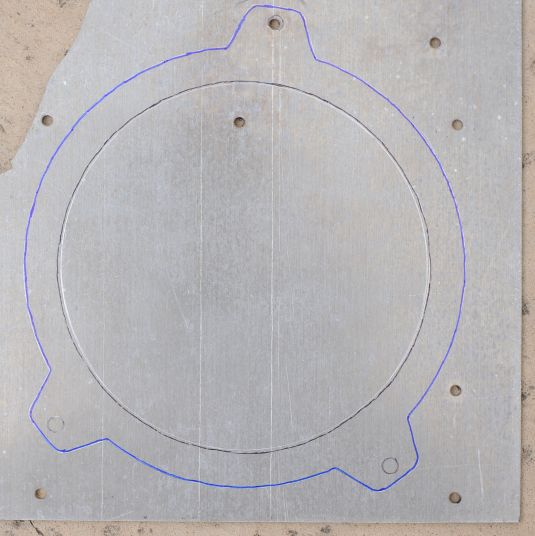 Completed retainer ring holding the Pro60SE's on to the door panel. I replaced the original screws with about 1" screws since the original screws were too short. Use some loctite on the threads to keep them from backing out with all the vibration. Next step, cut off the original connector and crimp on some spade lugs. The wire with the brown stripe is -, the other wire is +. Even though the original speakers were 2 Ohms and the Bostons are 4 Ohms there wasn't as much difference in volume. If the efficiency of the two speakers were the same the Bostons theoretically be 1/4 the power or 6dB down. I think the efficiency of the Bostons are on the high side. I have an Ivie IE-30A 1/3 Octave spectrum analyzer which I'm going to test after I complete the other door. I'm then going to modify the original amp to change the crossover points (eliminating the mid range) and adjust the levels for a flat system. I will post the specs of the factory (non-HK) amp along with component changed needed to equalize the system on my BMW 10-Channel Amp web page. 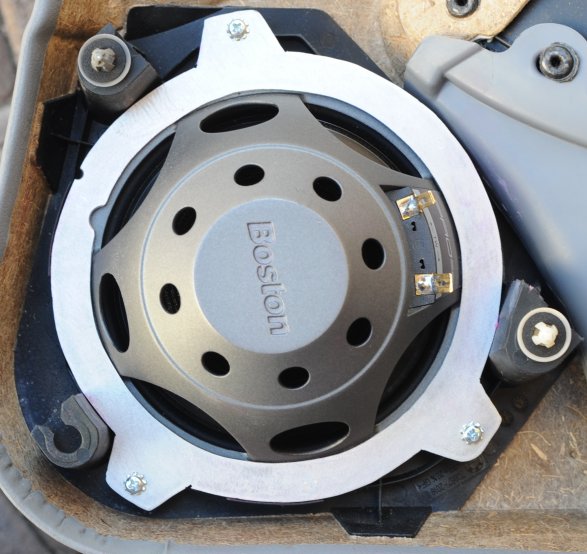 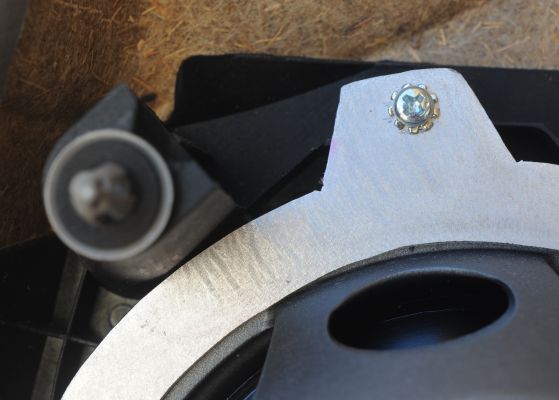 For the tweeter I struggled a lot with where I was going to put it and how I was going to mount it. I decided on the stock tweeter location, instead of where the factory mid-range is. Then how to mount it. I started making a really intricate aluminum bracket, but, it wasn't working out due to the complex angles to get the position right. After it became obvious it wasn't going to work I started working on another way to mount it. Then I came up with the easiest mounting arrangement position. To be posted soon.